Resulting from the presence of Salmonella Bacteria, Salmonellosis generally presents itself in the form of Food Poisoning and is most often attributed to the consumption of contaminated foods, as well as undercooked foods such as meat and eggs.

However, Salmonellosis has also been linked to pest birds such as Pigeons, Starlings and Sparrows, where it has been discovered that, while the disease can be transferred via direct contact with these birds, the Salmonella Bacteria is also present in their droppings.

Where there are birds, there are bird droppings, and these droppings, once dry, release disease-carrying micro-spores into the air. Once airborne, these micro-spores can contaminate areas where foods are prepared, manufactured or stored, compromising the foods. They can also easily be inhaled by people allowing the Salmonella Bacteria to enter their bodies. The danger, therefore. is that any individuals within close proximity to these birds and their droppings are at risk of contracting Salmonellosis. 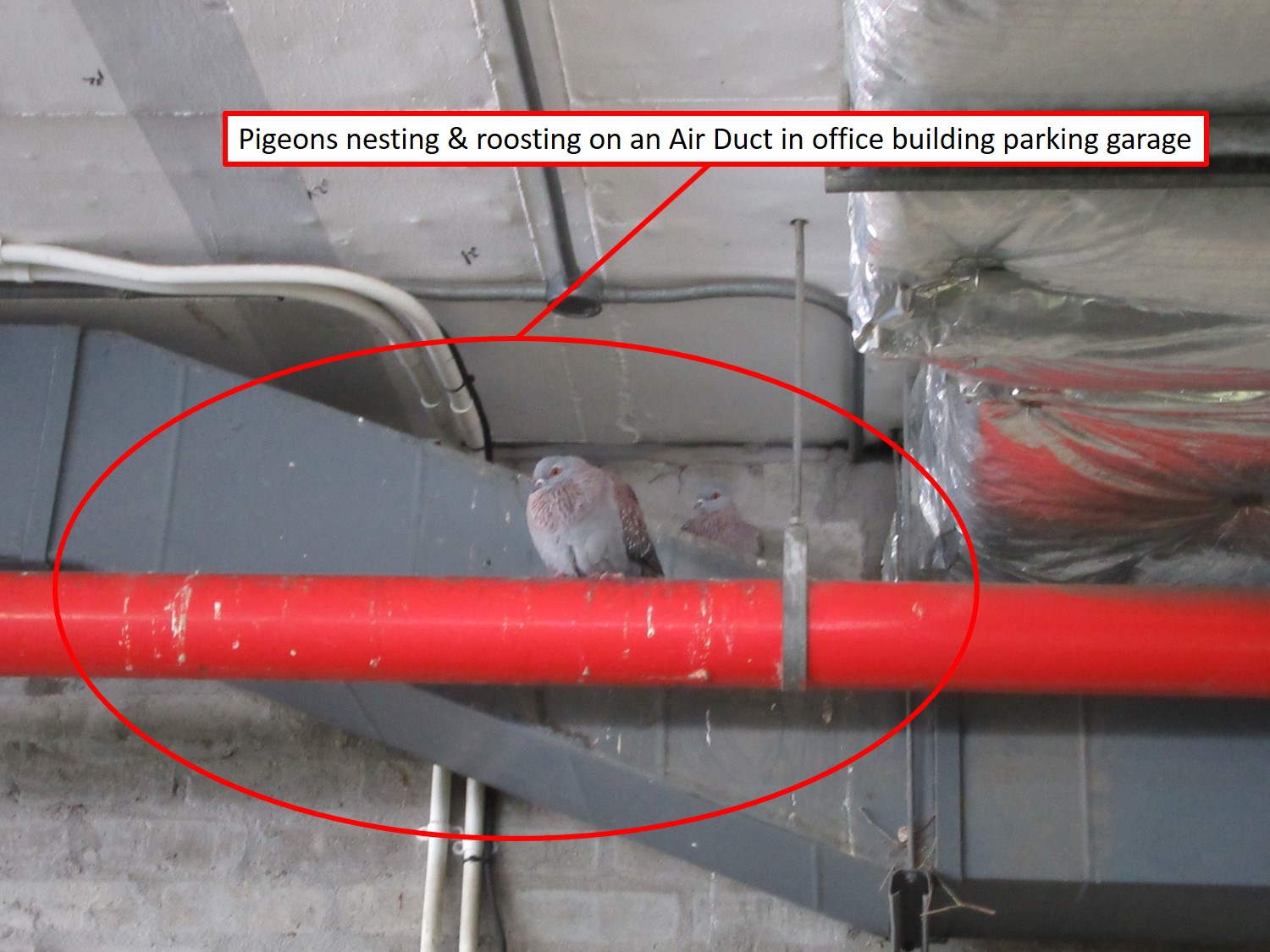 In the case of larger structures, such as office and apartment buildings, pest birds are often attracted to the various plant and machinery present on the roofs of these buildings, using them as shelter for nesting. With a constant pest bird presence there is often an excessive amount of bird droppings present. One of the primary risks here, is that micro-spores released into the air from these droppings will likely enter the building’s HVAC System, thus spreading the bacteria and placing multiple tenants and visitors at risk.

The symptoms of Salmonellosis generally present themselves within 12 to 72 hours of infection, and can include, nausea, vomiting, abdominal cramps, diarrhea, fever, chills, headache, and a presence of blood in the stool.

While an otherwise healthy person would usually recover from Salmonellosis within 4 to 7 days, there are those who may suffer serious complications due to the infection.

Individuals with a compromised immune system, such as those with diseases like cancer or HIV/AIDS, are at particular risk. For these individuals, the infection could prove fatal.

Others at risk include infants and young children, as well as pregnant women and the elderly. Some of the complications that could occur as a result of a Salmonellosis infection include dehydration, tissue infection via the bloodstream, and reactive arthritis. 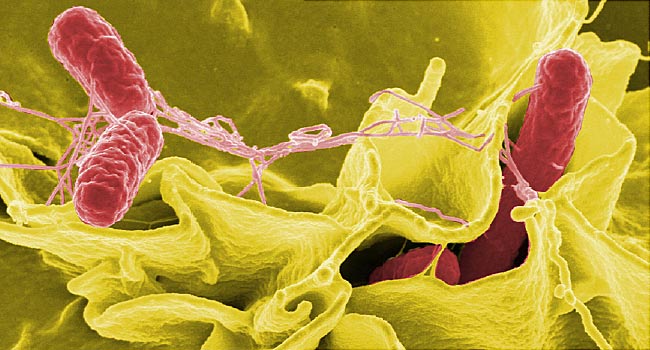 To illustrate the risks involved with a presence of Salmonella Bacteria, we should reference the Salmonellosis outbreak that occurred in 2008 in the US. This event has been documented as one of the most serious Salmonellosis outbreaks in history, in which over 700 people across 46 states fell ill due to the contamination of peanut butter, ultimately leaving 9 people dead, and resulting in a 28-year prison sentence for the CEO of the peanut processing company involved.

It is, therefore, of the utmost importance that any pest bird presence is taken very seriously, and that structures with birds nesting or roosting on them should undergo an assessment and have an appropriate bird deterrent solution implemented to ensure the safety of all individuals present within and around the structure, such as tenants, staff, customers, visitors and passers-by. 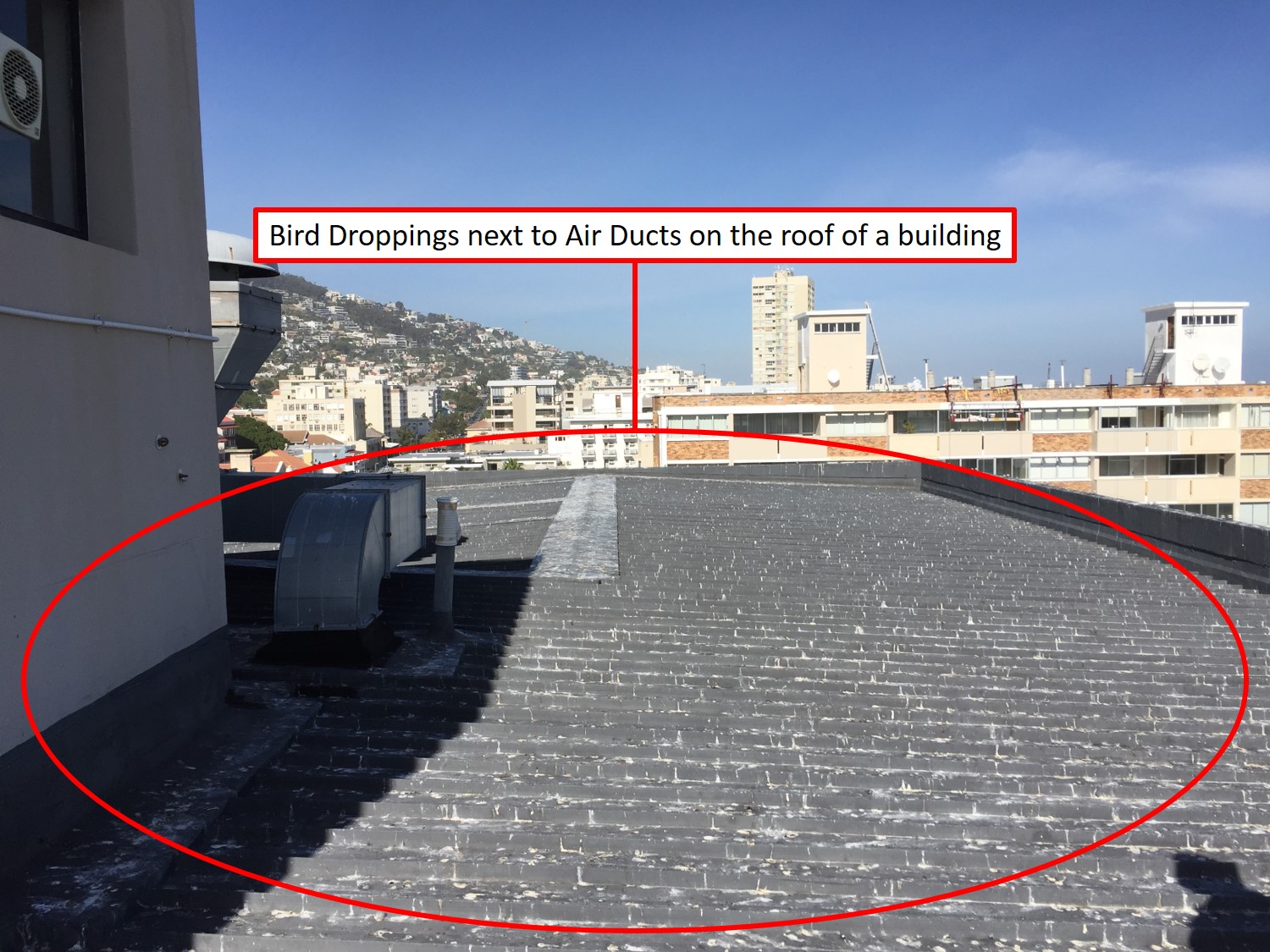 Should you be experiencing pest bird activity on your premises, and would like to take measures to reduce the risk of contracting Salmonellosis, give us a call on +27 21 797 7788, or email us at [email protected], and we will set up a meeting with one of our representatives to assess the problem and discuss your options.

Please note that we do not keep any products at our offices. Please contact us to arrange for samples. Dismiss